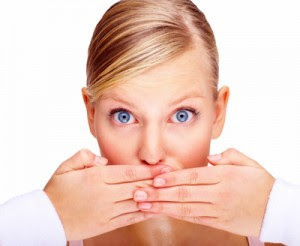 This Tuesday I'd like to point you to a very eye-opening article discussing ingredients that you want to avoid putting into your body (or anyone else's, for that matter).  Oddly enough, the Food and Drug Administration has approved these ingredients; however, not surprisingly that doesn't mean you should ingest them.  Thanks to the folks at "Eat This Not That" for identifying and alerting us to these nasty ingredients, some of which have been known to cause cancer in lab research.  Read below or go to the original article at http://eatthis.womenshealthmag.com/slideshow/8-ingredients-you-never-want-see-your-nutrition-label?cm_mmc=ETNTNL-_-1195682-_-02192013-_-BadIngredientLabel-body

Blessings,
Coach Linda
8 INGREDIENTS YOU NEVER WANT TO SEE ON YOUR NUTRITION LABEL
8. BHA:
This preservative is used to prevent rancidity in foods that contain oils. Unfortunately, BHA (butylated hydroxyanisole) has been shown to cause cancer in rats, mice, and hamsters. The reason the FDA hasn’t banned it is largely technical—the cancers all occurred in the rodents’ forestomachs, an organ that humans don’t have. Nevertheless, the study, published in the Japanese Journal of Cancer Research, concluded that BHA was “reasonably anticipated to be a carcinogen,” and as far as I’m concerned, that’s reason enough to eliminate it from your diet.
You’ll find it in: Fruity Pebbles, Cocoa Pebbles
7. Parabens:
These synthetic preservatives are used to inhibit mold and yeast in food. The problem is parabens may also disrupt your body’s hormonal balance. A study in Food Chemical Toxicology found that daily ingestion decreased sperm and testosterone production in rats, and parabens have been found present in breast cancer tissues.
You’ll find it in: Baskin-Robbins sundaes
6. Partially Hydrogenated Oil:
I’ve harped on this before, but it bears repeating: Don’t confuse “0 g trans fat” with being trans fat-free. The FDA allows products to claim zero grams of trans fat as long as they have less than half a gram per serving. That means they can have 0.49 grams per serving and still be labeled a no-trans-fat food. Considering that two grams is the absolute most you ought to consume in a day, those fractions can quickly add up. The telltale sign that your snack is soiled with the stuff? Look for partially hydrogenated oil on the ingredient statement. If it’s anywhere on there, then you’re ingesting artery-clogging trans fat.
You’ll find it in: Long John Silver’s Popcorn Shrimp, Celeste frozen pizzas
5. Sodium Nitrite:
Nitrites and nitrates are used to inhibit botulism-causing bacteria and to maintain processed meats’ pink hues, which is why the FDA allows their use. Unfortunately, once ingested, nitrite can fuse with amino acids (of which meat is a prime source) to form nitrosamines, powerful carcinogenic compounds. Ascorbic and erythorbic acids—essentially vitamin C—have been shown to decrease the risk, and most manufacturers now add one or both to their products, which has helped. Still, the best way to reduce risk is to limit your intake.
You’ll find it in: Oscar Mayer hot dogs, Hormel bacon
4. Caramel Coloring:
This additive wouldn't be dangerous if you made it the old-fashioned way—with water and sugar, on top of a stove. But the food industry follows a different recipe: They treat sugar with ammonia, which can produce some nasty carcinogens. How carcinogenic are these compounds? A Center for Science in the Public Interest report asserted that the high levels of caramel color found in soda account for roughly 15,000 cancers in the U.S. annually.
You’ll find it in: Coke/Diet Coke, Pepsi/Diet Pepsi
3. Castoreum:
Castoreum is one of the many nebulous “natural ingredients” used to flavor food. Though it isn’t harmful, it is unsettling. Castoreum is a substance made from beavers’ castor sacs, or anal scent glands. These glands produce potent secretions that help the animals mark their territory in the wild. In the food industry, however, 1,000 pounds of the unsavory ingredient are used annually to imbue foods—usually vanilla or raspberry flavored—with a distinctive, musky flavor.
You’ll find it in: Potentially any food containing “natural ingredients”
2. Food Dyes:
Plenty of fruit-flavored candies and sugary cereals don’t contain a single gram of produce, but instead rely on artificial dyes and flavorings to suggest a relationship with nature. Not only do these dyes allow manufacturers to mask the drab colors of heavily processed foods, but certain hues have been linked to more serious ailments. A Journal of Pediatrics study linked Yellow 5 to hyperactivity in children, Canadian researchers found Yellow 6 and Red 40 to be contaminated with known carcinogens, and Red 3 is known to cause tumors. The bottom line? Avoid artificial dyes as much as possible.
You’ll find it in: Lucky Charms, Skittles, Jell-O
1. Hydrolyzed Vegetable Protein:
Hydrolyzed vegetable protein, used as a flavor enhancer, is plant protein that has been chemically broken down into amino acids. One of these acids, glutamic acid, can release free glutamate. When this glutamate joins with free sodium in your body, they form monosodium glutamate (MSG), an additive known to cause adverse reactions—headaches, nausea, and weakness, among others—in sensitive individuals. When MSG is added to products directly, the FDA requires manufacturers to disclose its inclusion on the ingredient statement. But when it occurs as a byproduct of hydrolyzed protein, the FDA allows it to go unrecognized.
You’ll find it in: Knorr Noodle Sides, Funyuns
Published by Unknown at 4:27 PM