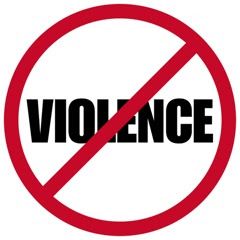 Today I’d like to talk to you about a tough topic – violence. In light of recent events involving violence in a public setting, coupled with a recent seminar I attended on violence in the workplace, I would like to bring to your attention the fact that we should be prepared. I’m not saying we should become fearful individuals who hesitate to venture out… I’m simply saying forewarned is forearmed and we need to know what to do in an emergency situation. The statistics below are for workplace violence (and affects women more often than men):

· Homicide is the second leading cause of fatal occupational injury in the United States. Nearly 1,000 workers are murdered and 1.5 million are assaulted in the workplace each year.
· According to the Bureau of Labor Statistics (BLS) National Census of Fatal Occupational Injuries (CFOI), in additional information about workplace violence, there were 709 workplace homicides in 1998. These accounted for 12 percent of the total 6,026 fatal work injuries in the United States. Of these 709 workplace homicide victims in 1998, 80 percent were shot and nine percent were stabbed.

· According to the National Crime Victimization Survey (NCVS), 2 million assaults and threats of violence against Americans at work occur annually. The most common type of workplace crime was assault with an average of 1.5 million a year.

· There were 396,000 aggravated assaults, 51,000 rapes and sexual assaults, 84,000 robberies, and 1,000 homicides reported. These figures likely fall short of the actual number of violent acts occurring in workplaces as not all acts of workplace violence are reported.


While my prayer is that none of us will ever need to use this action plan, I urge you to read this so you will be prepared should the situation occur.

HOW TO RESPOND WHEN AN ACTIVE SHOOTER IS IN YOUR VICINITY

Quickly determine the most reasonable way to protect your own life. Remember that customers and clients are likely to follow the lead of employees and managers during an active shooter situation.
· Evacuate - If there is an accessible escape path, attempt to evacuate the premises. Be sure to:
· Have an escape route and plan in mind
· Evacuate regardless of whether others agree to follow
· Leave your belongings behind
· Help others escape, if possible
· Prevent individuals from entering an area where the active shooter may be
· Keep your hands visible
· Follow the instructions of any police officers
· Do not attempt to move wounded people
· Call 911 when you are safe

2. Hide out - If evacuation is not possible, find a place to hide where the active shooter is less likely to find you. Your hiding place should:
· Be out of the active shooter’s view
· Provide protection if shots are fired in your direction (i.e., an office with a closed and locked door)
· Not trap you or restrict your options for movement.
· To prevent an active shooter from entering your hiding place:
· Lock the door
· Blockade the door with heavy furniture. If the active shooter is nearby:
· Lock the door
· Silence your cell phone and/or pager• Turn off any source of noise (i.e., radios, televisions)
· Hide behind large items (i.e., cabinets, desks)
· Remain quiet - If evacuation and hiding out are not possible:
· Remain calm
· Dial 911, if possible, to alert police to the active shooter’s location
· If you cannot speak, leave the line open and allow the dispatcher to listen

3. Take action against the active shooter. As a last resort, and only when your life is in imminent danger, attempt to disrupt and/or incapacitate the active shooter by:
• Acting as aggressively as possible against him/her
• Throwing items and improvising weapons
• Yelling

• Committing to your actions
• If in a one-on-one situation, push the gun away from you and run away, running back and forth so you are harder to target.

HOW TO RESPOND WHEN LAW ENFORCEMENT ARRIVES

Law enforcement’s purpose is to stop the active shooter as soon as possible. Officers will proceed directly to the area in which the last shots were heard.
• Officers usually arrive in teams of four (4)
• Officers may wear regular patrol uniforms or external bulletproof vests, Kevlar helmets, and other tactical equipment
• Officers may be armed with rifles, shotguns, handguns
• Officers may use pepper spray or tear gas to control the situation
• Officers may shout commands, and may push individuals to the ground for their safety

How to react when law enforcement arrives:
• Remain calm, and follow officers’ instructions
• Put down any items in your hands (i.e., bags, jackets)
• Immediately raise hands and spread fingers
• Keep hands visible at all times
• Avoid making quick movements toward officers such as holding on to them for safety
• Avoid pointing, screaming and/or yelling

• Do not stop to ask officers for help or direction when evacuating, just proceed in the direction from which officers are entering the premises

The first officers to arrive to the scene will not stop to help injured persons. Expect rescue teams comprised of additional officers and emergency medical personnel to follow the initial officers. These rescue teams will treat and remove any injured persons. They may also call upon able-bodied individuals to assist in removing the wounded from the premises. Once you have reached a safe location or an assembly point, you will likely be held in that area by law enforcement until the situation is under control, and all witnesses have been identified and questioned. Do not leave until law enforcement authorities have instructed you to do so.

There is also an excellent (but be warned – disturbing and somewhat graphic) video on YouTube called “Run Hide Fight” – it is chilling and unforgettable, but gets the point across.

Again, I post this today not to scare you or offend you – but perhaps someday this information could save your life.

Email ThisBlogThis!Share to TwitterShare to FacebookShare to Pinterest
Labels: Violence